All Collections
Flows
Sending Messages with a Flow

Sending Messages with a Flow

Use the Send Message action to send your contacts an automated message when they reach a particular node in a flow. 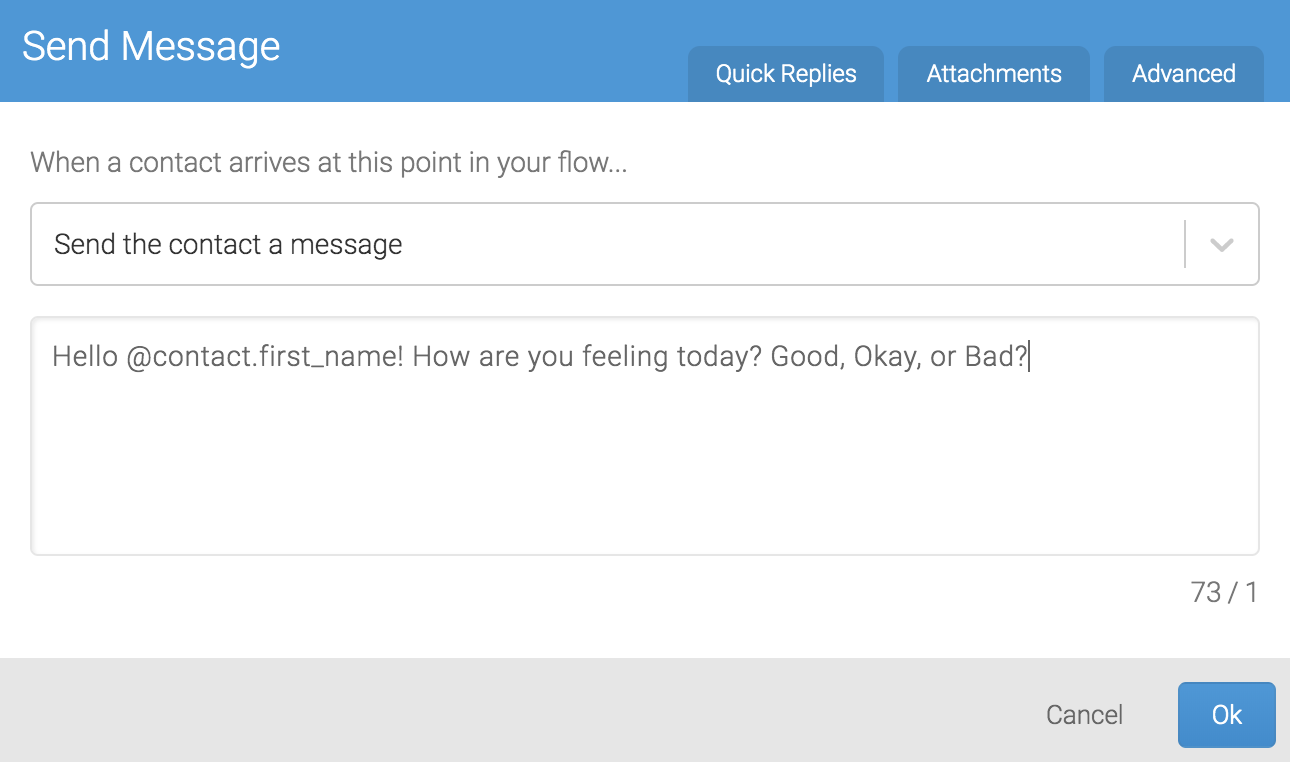 In the example below, we've asked an initial question, received a response, and created a new Send Message action that will send automatically when a contact reaches that node in the flow: 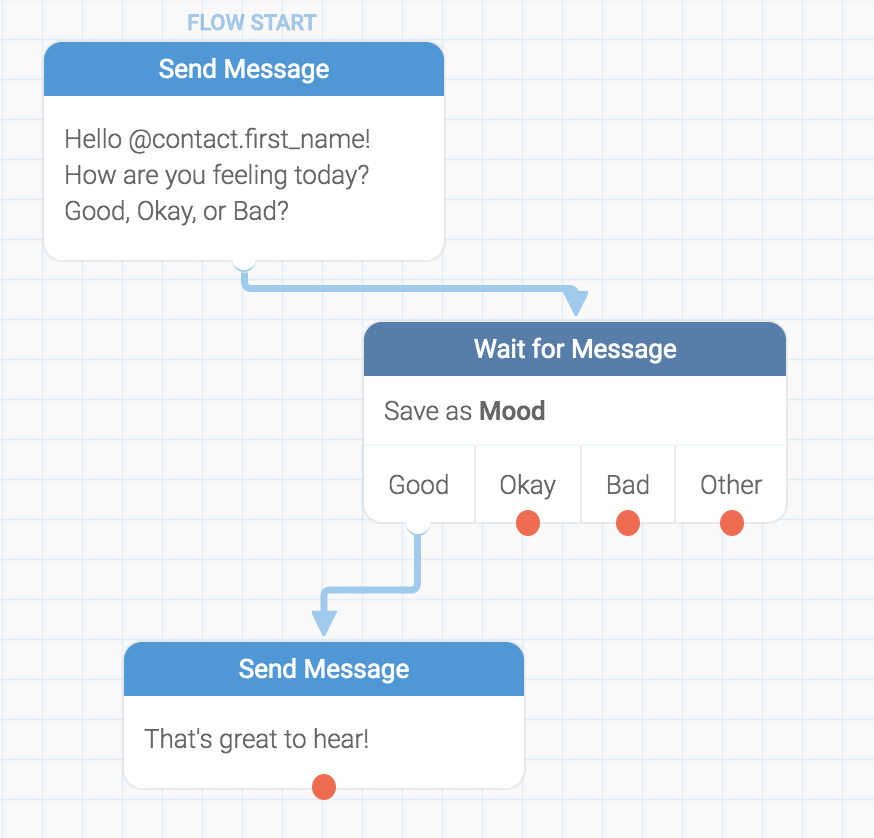 We'd then go on to create Send Message actions for each of the possible responses from the contacts.

Click on the 'Attachments' tab at the top of the Send Message action to see attachment options: 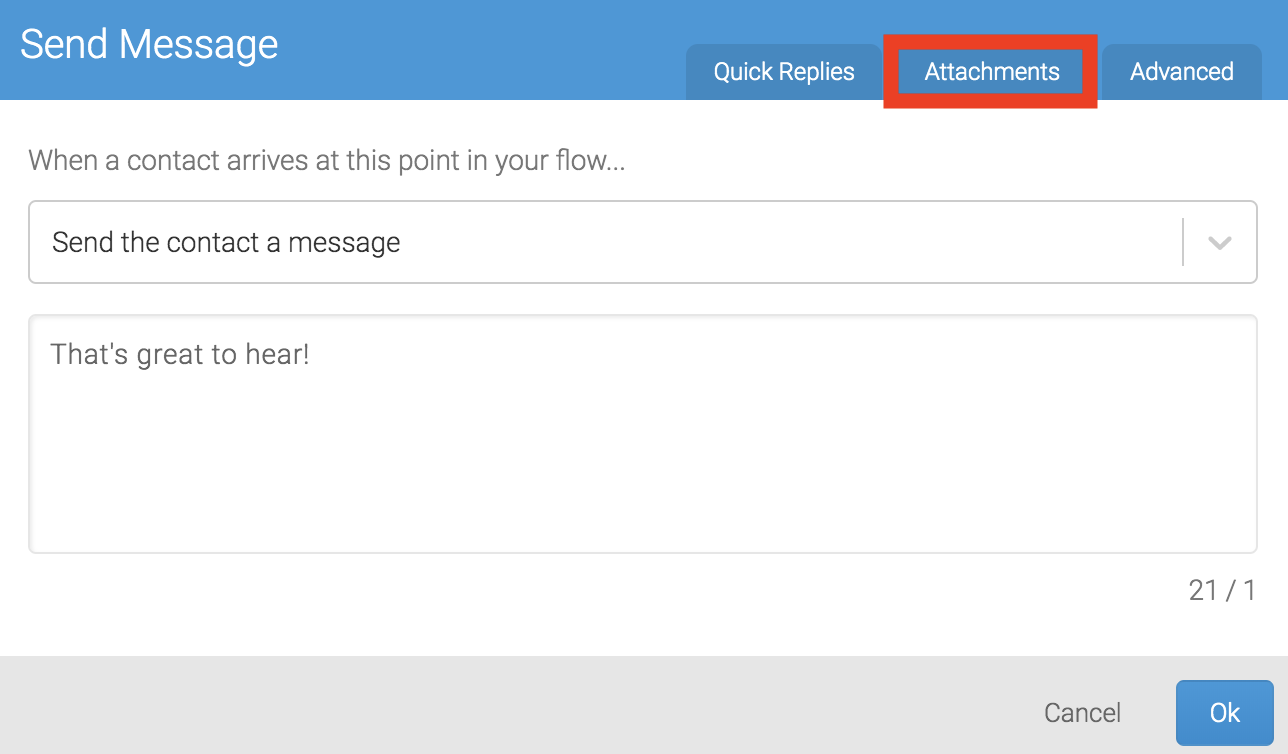 Quick replies is a feature that enables you to provide contacts on IP messaging channels such as Facebook Messenger, Viber, and Telegram with a predefined set of responses. 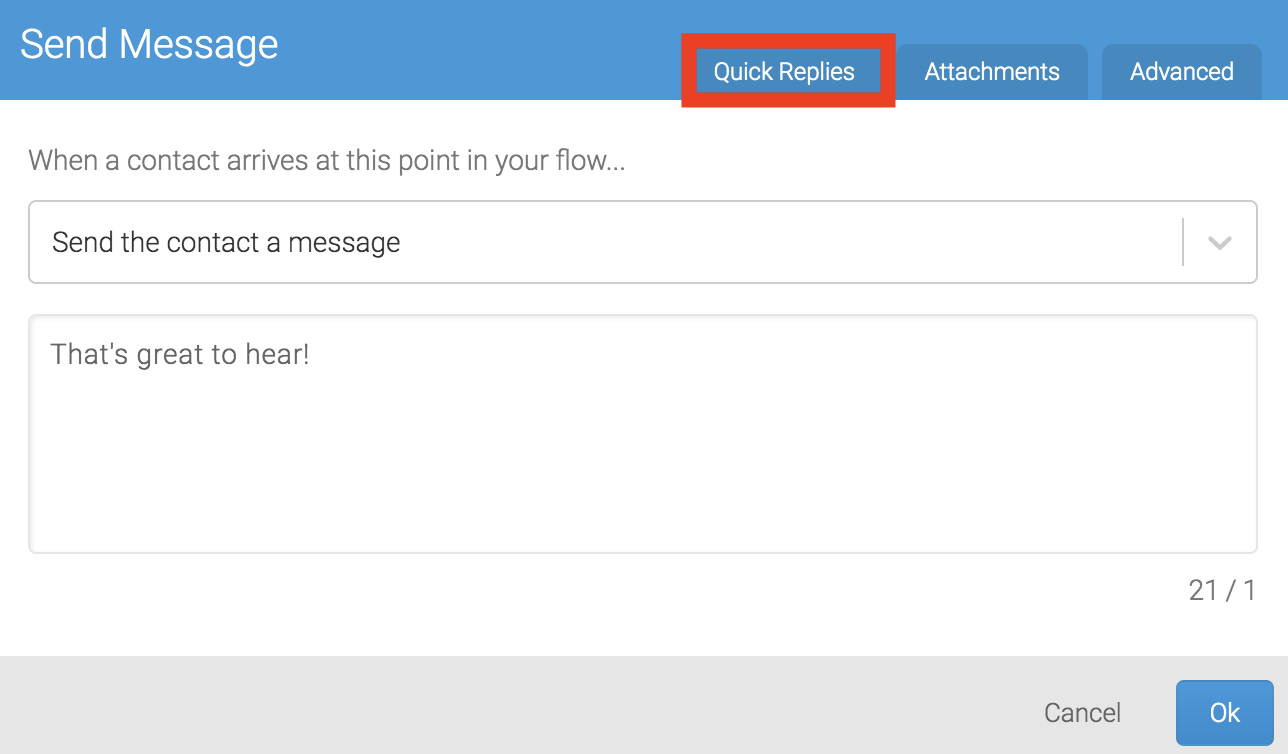 Learn how to use this feature here. 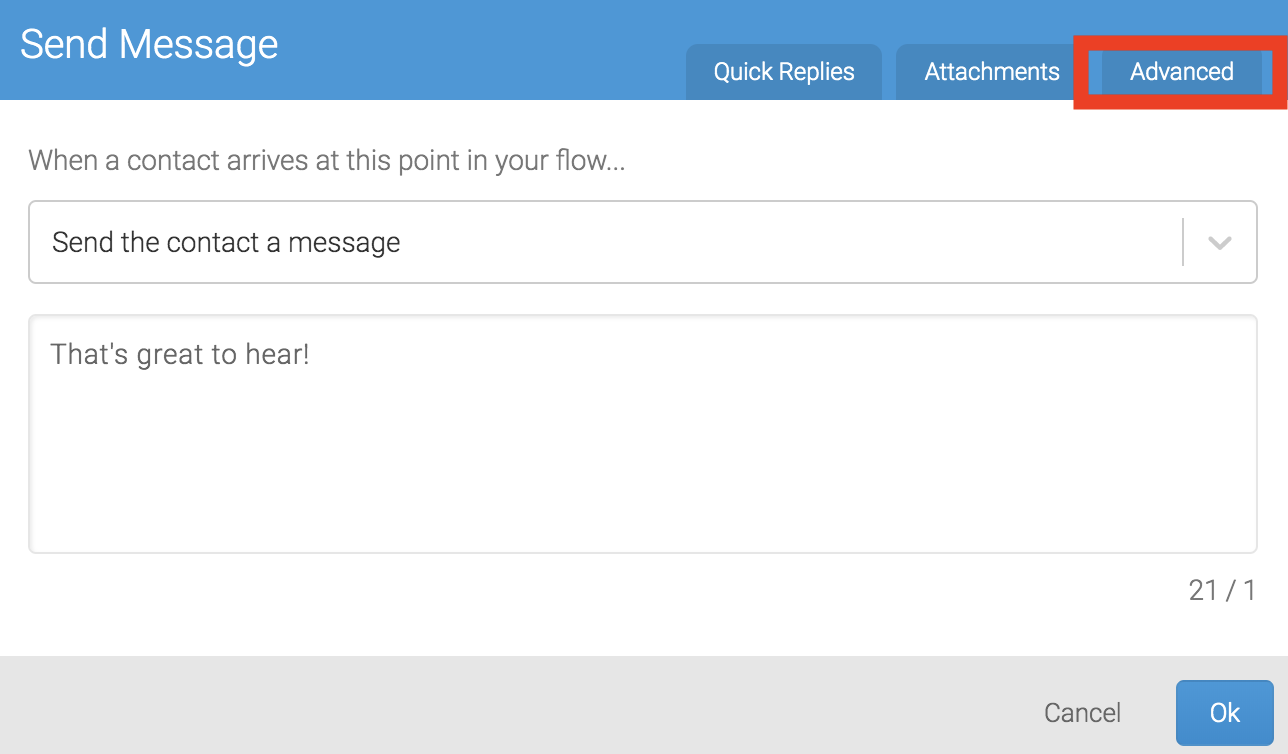 Check the "All Destinations" setting to include each address for contacts who have multiple addresses attached to their profile.

If a Send Message action exceeds 160 characters, it'll be split by carriers and sent as two messages. There's a character-counter beneath the dialogue box that shows how many characters remain until you've entered 160 characters. In the example below, the message contains 21 characters. 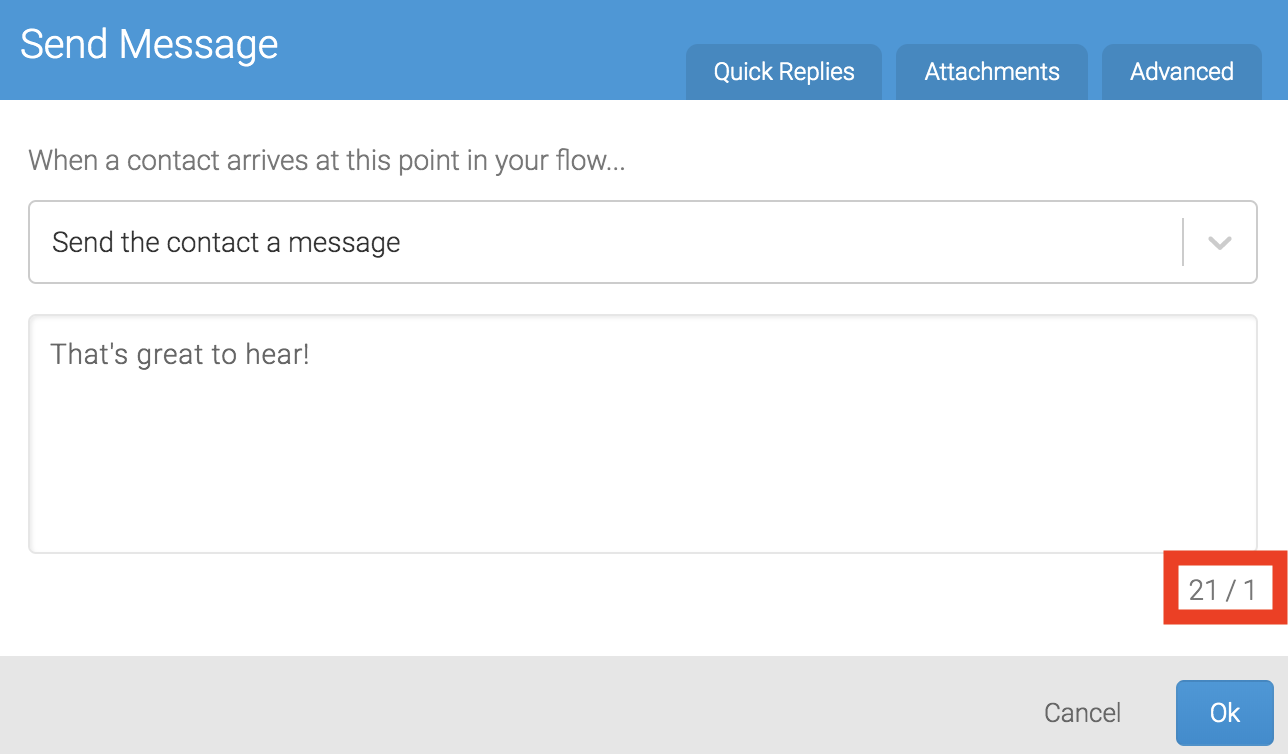 Note that it's possible to split messages that exceed more than 160 characters by adding an additional node containing any characters that remain after the 160 character limit has been reached. Also note that each SMS channel handles lengthy messages differently, so whereas a single long message might work best for Twilio channels, it may not for others. As always, we encourage you to test and see ;)

Note that certain content will trigger your messages to be sent as Unicode instead of standard GSM7. SMS messages by default are 160 characters, but only if they contain the standard GSM7 alphabet. If you use characters outside this (e.g., the special quotes Word inserts into text), the message gets sent as Unicode, which changes the limit to 57 characters.