Response rules evaluate the operand designated by the Split Action type, such as "has a number" or "is not empty".

Response rules evaluate the operand designated by the Split Action type. In the example below, we see that a Wait for Response action evaluates the incoming message, or the @input.text operand.

Response rules provide a series of tests that you can run against the selected operand.

For example, the "has only the phrase" response rule tests the operand for any of the words you designate. Response rules are executed from top to bottom–the first rule that matches takes effect and no other rules are evaluated after there is a match. 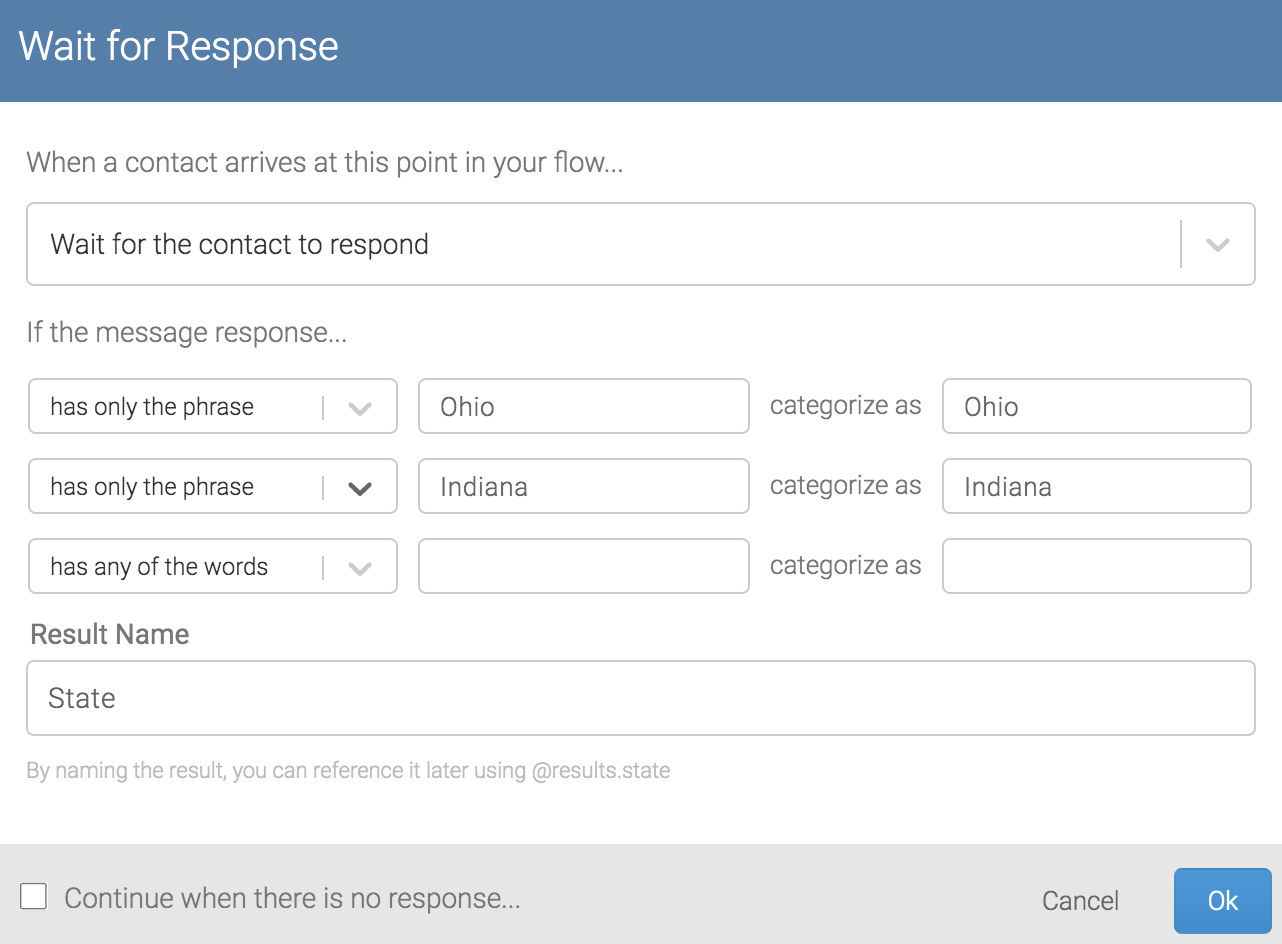 If the operand matches a response rule, the contact will pass through the category assigned to that rule. In the example above, the Wait for Response action is waiting for an incoming message, which it will evaluate against the response rules assigned to the OHIO, INDIANA and Other* categories.

*Note that a flow will always match at least one response rule in a Split Action as the last response rule must always be a catch-all (the "Other" rule).

Passage through categories is represented in the analytics tab as well as the flow editor. For example, the number of times a contact passed through the Yes or No categories of a Split Action that evaluates responses to yes or no questions. 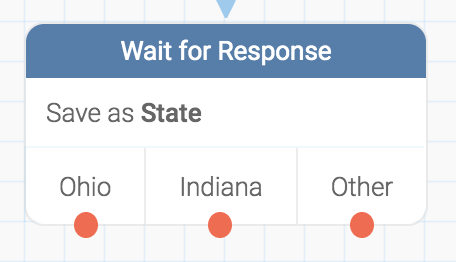 Multiple response rules that share the same category name will be represented as one category within a Split Action from the view of the flow editor.

Response rules allow you to:

Has a phone number

In some cases, like validating an ID number or coupon code, you may need a more complicated rule to determine if a response is valid. Regular expressions (regex) are a standard used to describe an acceptable submission format. A great resource for testing your regular expressions is Regex101, which allows you to test any of the responses you expect against a regular expression.

For example, say we are asking someone to enter a serial number for a device they are registering: 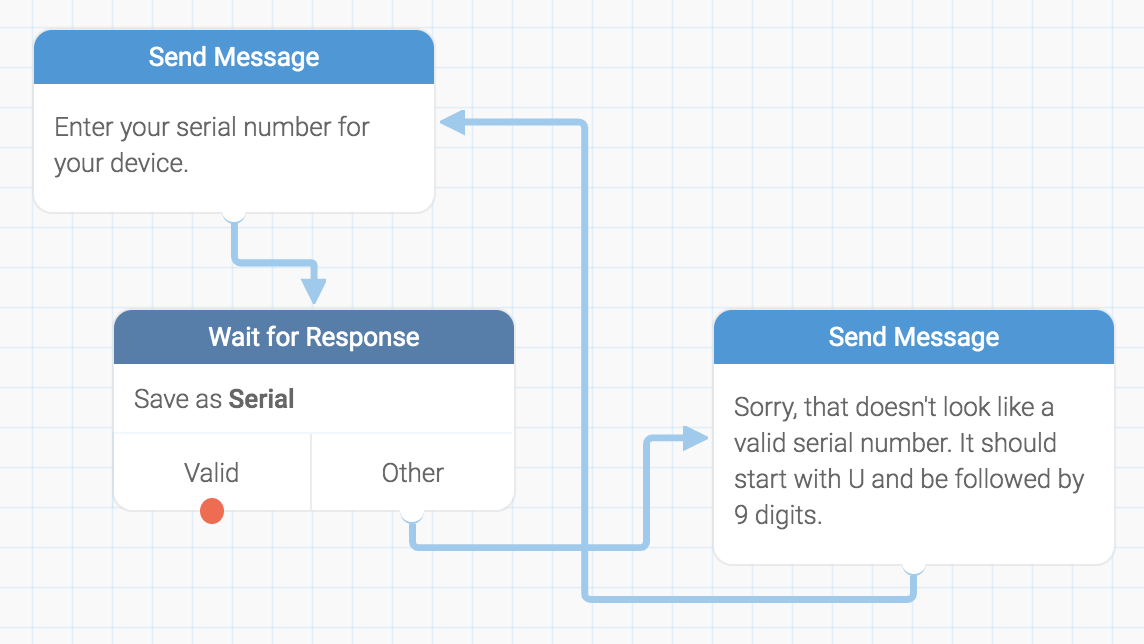 We know that valid serial numbers must begin with the letter "U" and be exactly nine digits, so we can match the serial numbers using a regular expression.

Note that regular expressions are case insensitive, so you do not need to put different options based on case.

Questions? Send us a message via the support widget in the bottom right corner.